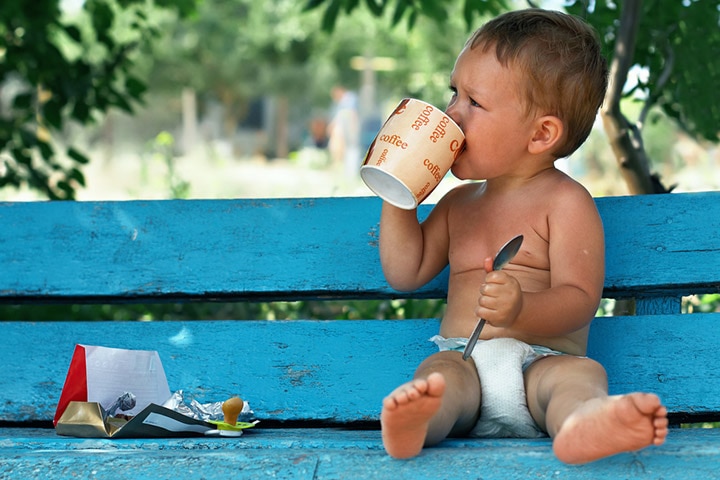 Coffee is one of the widely consumed beverages in the world. It contains caffeine, a stimulant that improves mental alertness, making coffee a desirable beverage for many adults. While many older teens may consume coffee, parents may wonder if coffee can be served to babies. What happens if your baby accidentally takes a few sips of coffee from your cup?

Read on to learn about whether coffee is suitable for babies and the effects of the beverage on babies.

Can Babies And Toddlers Have Coffee?

No, infants and toddlers must not consume coffee due to its caffeine content. The American Academy of Pediatrics states that children must not have caffeinated beverages up to five years of age (1). It is usually suggested not to offer coffee at least until the child is in their teens. Coffee may also not provide any nutrition to babies and toddlers. Besides, the effects of caffeine could be compounded in children than adults.

Effects Of Coffee On Babies And Toddlers

Most adults consume coffee to experience the stimulating effects of caffeine, a bitter compound naturally found in coffee beans (2). The liver metabolizes caffeine, controlling any adverse reactions (3). However, it may not be the case with infants and toddlers.

Babies have low body mass, and their organ systems are still developing. Thus, a small amount of caffeine may be sufficient to trigger the magnified effects of the compound. The effects on a baby’s organs are not extensively studied. However, experts believe that caffeine may negatively impact various developing organ systems of the baby’s body (4). The nervous and circulatory systems could be the most affected by caffeine.

The consumption of coffee by babies and toddlers may lead to the following effects due to caffeine (5) (6).

Caffeine is also considered to be a potentially addictive psychoactive substance (7). A baby who is served coffee periodically may demand it frequently, increasing the risk of the aforementioned effects.

What If Your Baby Accidentally Consumes Coffee?

A sip or two of coffee may not usually cause any adverse effects. You may immediately offer the baby breast milk or formula to dilute the consumed coffee. If your baby is on solids, you may offer a food item to prevent any potential gastrointestinal discomfort.

Ensure that you keep coffee and other caffeinated beverages away from the baby or toddler’s reach. Do not serve coffee regularly, even if the accidental consumption did not elicit any reaction.

At What Age Can A Baby Drink Coffee?

There is no universally approved age for when babies can consume coffee (8). Generally, coffee consumption is discouraged in children below the age of five years and should be preferably avoided at least until the age of 12 years. Parents should preferably avoid serving coffee until the child is 18 years old. The U.S. Food and Drug Administration suggests that parents consult a healthcare provider before introducing coffee or other caffeinated beverages to children (9).

1. How do I know my breastfed baby is sensitive to caffeine?

Caffeine usually passes into breast milk in small quantities. Significant quantities of caffeine may be found if you consume several cups of coffee and other caffeinated beverages a day. Some babies could be sensitive to small amounts of the compound. If your baby appears fussy, has trouble sleeping, and seems overactive after a breastfeeding session, it may indicate sensitivity to caffeine in breast milk (10).

2. Why do they give caffeine to babies in the NICU?

Caffeine is usually administered to preterm babies in the neonatal intensive care unit (NICU). The respiratory system of preterms is not well-developed, increasing the risk of apnea of prematurity where the baby has prolonged pauses in breathing. The doctor may administer caffeine since it is one of the methylxanthines, a type of stimulant compound. Caffeine stimulates the central nervous system and improves respiratory function, making it easier for the baby to breathe (11). It is given orally or intravenously in the form of caffeine citrate (12).

Coffee is consumed in almost every part of the world. While adults enjoy it, it may not be an ideal beverage for babies and toddlers. There is no extensive research on the effects of coffee and caffeine on infants. It is best not to serve the beverage and wait until the child is in their late teens. 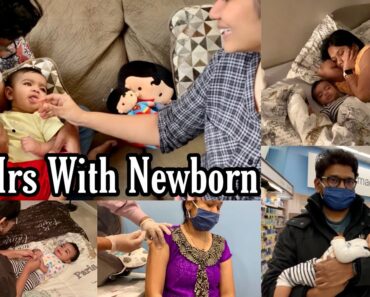 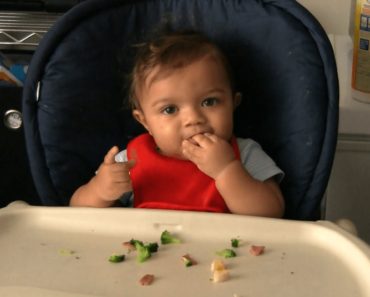 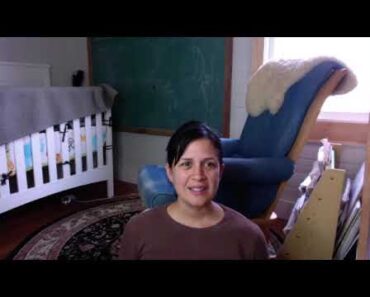 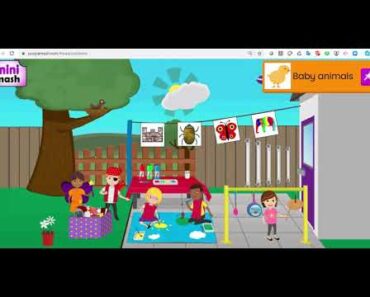