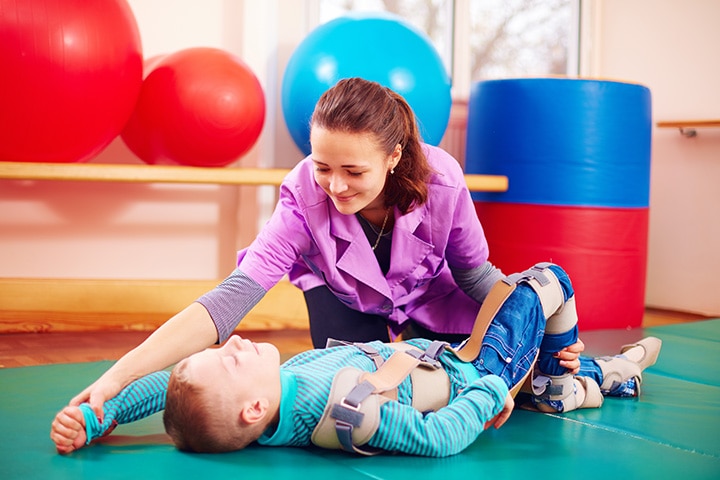 CP is considered the most common motor disability in childhood, and studies suggest that it occurs in 1 to nearly 4 per 1,000 live births or per 1,000 children (1).

Read this post to know about the signs and symptoms, causes, risk factors, types, complications, prevention, diagnosis, and treatment options for cerebral palsy in children.

Signs And Symptoms Of Cerebral Palsy

The signs and symptoms of cerebral palsy may vary in each child. However, coordination and movement problems are commonly seen in most children affected with the condition, and the signs and symptoms may become more or less apparent over time. Generally, the symptoms do not worsen with age since the brain abnormalities do not change over time (2).

Depending on the brain area affected, cerebral palsy can involve the whole body or be limited to the limbs or one side of the body. Cerebral palsy may also cause the following problems in some children (5).

Any of the conditions listed above during pregnancy or infancy requires immediate care since it may affect the baby’s brain development.

The following illnesses during infancy may also potentially increase the risk for cerebral palsy in children.

Although the factors listed above may increase the risk for cerebral palsy, not all babies exposed to them develop it. However, taking precautions and early medical care may help avoid the condition.

Muscle weakness or stiffness and coordination issues due to cerebral palsy may contribute to the following complications in children (4).

Individuals with cerebral palsy may face premature aging in their early 40s due to stress and strain caused by the condition. Medical therapies and regular follow-ups may help control or reduce these complications.

Cerebral palsy is not preventable in many cases. However, taking the following precautions before conception or during pregnancy and infantile period may help reduce your child’s risk of cerebral palsy (9).

When To See A Doctor

Seek prompt pediatric care if you notice movement issues, developmental delays, or any of the symptoms of cerebral palsy mentioned above. An expert should evaluate episodes of loss of consciousness or awareness, seizures, or inability to do school tasks.

Learning difficulties can be due to neurological problems in some children. Seek medical care to identify and treat the cause. If your child is already diagnosed with cerebral palsy, never hesitate to follow the recommended therapies since this may improve your child’s quality of life.

Diagnosis is usually made a few months after birth since the signs and symptoms typically become apparent over time. If there is a concern, pediatricians may monitor the child’s growth and development and evaluate their health history. Referral to pediatric neurologists and developmental specialists is often done for further evaluation.

The following tests are often ordered to diagnose cerebral palsy and exclude other possible causes (4).

Lab analysis of blood and urine helps screen genetic and metabolic issues. This may also help identify the presence of certain infections in babies. Spinal tap and lab analysis of CSF (cerebrospinal fluid) is often recommended to diagnose brain infections.

EEG helps detect the brain’s electrical activity through the electrodes attached to the scalp. This is usually recommended for children with seizures or epilepsy.

Pediatricians may refer children with cerebral palsy to certain specialists, such as ophthalmologists or neurologists, to evaluate the conditions associated with the disorder. The following tests are often done.

IQ or intelligence quotient tests are almost always done for children with cerebral palsy since most of them may have intellectual disabilities. Results from all evaluations help identify the presence and severity of cerebral palsy. Medical therapies and special training are planned based on the diagnostic results.

No specific treatment exists for cerebral palsy. Long-term medical care with various specialists is often required to manage the symptoms and improve the quality of life. Treatment options for cerebral palsy may include (4) (10).

Muscle relaxant medications are often prescribed for children with cerebral palsy to reduce muscle tightness and improve functional abilities. Medicines given for cerebral palsy may include

Pain due to muscle spasticity can be relieved using muscle relaxants. Children who receive medications need regular follow-up to assess improvement and side effects.

The following therapies under trained professionals are recommended to manage symptoms of cerebral palsy in children.

Children may also be taught how to use communication devices and technologies such as computers and voice synthesizers. Swallowing and eating problems are also identified and addressed by these specialists.

Therapists may also teach parents to continue training at home. Parents are trained to bathe and feed the child. A combination of therapies is often prescribed based on the symptoms.

Bone deformations due to contracture and severe muscle tightness may require surgical care.
Surgery may be needed to lessen muscle tightness or correct bone abnormalities caused by spasticity. The following are some of the common surgical treatments.

Surgeries may help improve mobility and lessen pain in some children. They may also help in fitting the braces, walkers, or crutches well.

Although some people try complementary therapies such as hyperbaric oxygen therapy, electrical stimulations, and resistance muscle training, these therapies are not included in the clinical practice since they haven’t shown benefit to date (4).

Due to a wide range of clinical presentations and mobility issues, it is challenging to classify cerebral palsy under a single classification system. Cerebral palsy can be classified into various types based on the following factors (11).

1. Classification based on the severity level

Based on severity levels, cerebral palsy can be classified into

Mild cerebral palsy may go undetected until walking age in many children. Some cases may go unnoticed until school age in some children since they can move and do daily activities. Other symptoms such as speech and language issues and low IQ are often noticed in school. Moderate and severe cerebral palsy is usually diagnosed in early childhood itself.

2. Classification based on the topographical distribution

Cerebral palsy can be classified based on the body parts involved. Types of cerebral palsy based on topographic classification may include the following.

3. Classification based on motor function

Brain injuries that cause cerebral palsy affect the motor functions of the body. This classification categorizes cerebral palsy into the following types based on the clinical presentation.

This affects more than 80% of people with cerebral palsy. Awkward movements are seen due to spasticity. The condition can be further divided into the following groups depending on the affected body parts (topography):

Extrapyramidal cerebral palsy involves the extrapyramidal tracts. These motor tracts, which connect the neurons from the brainstem to the spinal cord, control involuntary and automatic movements of the muscles. Damages to these brain areas could result in uncontrolled, involuntary muscle movements in the body.

Uncontrolled, slow, rapid, jerky, or writhing movements are often seen in children with dyskinetic cerebral palsy. They may also have trouble swallowing and talking as the face and tongue muscles are involved. In this type, the muscle tone may vary from hypertonic to hypotonic during the day. Choreoathetoid, athetoid, and dystonic cerebral palsies come under this type of cerebral palsy. These are grouped based on the type of movements.

4. Classification based on gross motor functions

Your encouragement and support are required for your child to undergo successful therapy sessions and improve their quality of life. You may encourage them to do things independently however small the task. Fostering independence could help them do things on their own. Never hesitate to seek emotional support from friends, family, and support groups. 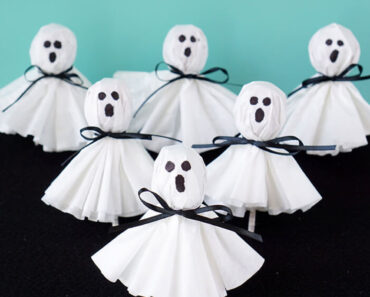 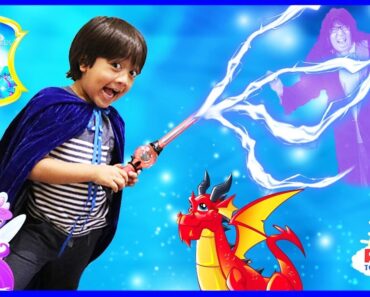 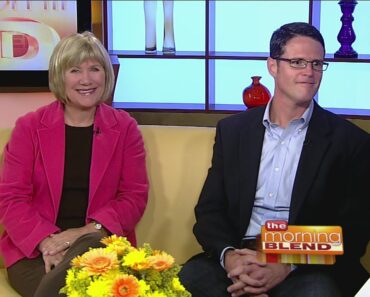