The inverted metal V in the middle of my living room separated my life as a parent into two eras: the before-Jolly Jumper times, and after. Before-JJ, I bounced my colicky baby on a yoga ball for hours, cramming granola bars in my mouth with one hand. Post-JJ (and after the colic had waned), I could sit and enjoy a whole sandwich while his delight at moving his own body beamed straight into my heart. These short breaks played a huge part in bolstering my mental health as a new mom.

Before long, though, guilt would start chipping away at my bliss. Yes, my friends and I cheekily called these types of products, especially Exersaucers or activity centres, “circles of neglect” (even though, in reality, we used them so we could unload the groceries or pee, while knowing our babies were safe). Despite the jokes, I knew I shouldn’t leave my son in the jumper for very long—it wasn’t good for his little body, I’d heard. But how long was too long? Would five more minutes spell disaster?

I didn’t know that there’s an actual label for this particular anxiety—“container baby syndrome.” It’s a serious-sounding term that’s been floating around parenting circles and websites for the last few years. While neither the Canadian Paediatric Society nor the American Association of Pediatrics define the term, the American Physical Therapy Association describes it as “a collection of movement, behaviour and other problems caused by a baby or infant spending too much time in a container.”

Stephanie So, a paediatric physiotherapist at Pediatric Physiotherapy Associates in Scarborough, Ont., who’s been advising parents on kids and healthy movement for more than 30 years, isn’t sure what to make of the label—“It sounds a bit negative,” she says—but she is aligned with the idea that parents need to be aware of the importance of offering infants safe opportunities to move freely and practise new skills, like rolling and crawling.

The most infamous side effect of excessive time in a containment device is plagiocephaly, or flat spots on the head. You may have seen babies wearing specially fitted helmets to correct this. A baby whose head is always turned to one side in a bouncer seat, for example, can develop tightness and decreased range of motion in the neck muscles, or torticollis. Delayed development of skills like rolling, crawling, and walking can also occur if your baby is always strapped into a carseat, stroller or Exersaucer. Some online posts may link these motor delays to developmental delays like ADHD, but there is nothing in the medical literature that makes that explicit connection, says So.

Does this mean parents should avoid containers altogether?

“Absolutely not,” says Dina Kulik, a paediatrician at Kidcrew, a medical clinic in Toronto. When used safely, she says, “15 minutes, two to three times a day—if the baby enjoys it—is totally fine.”

In reality, all parents need a safe place to put their baby down at times. Sometimes a container can even be a safer choice: “For things like cooking a meal, it just isn’t practical or safe to have kids on us, or underfoot,” says Kulik.

“I think we all need to give ourselves a bit of a break,” says Melissa Young, a mom in Brampton, Ont., who has a one-year-old daughter. “Especially as pandemic moms. We can only do so much.”

Before trying out new equipment with your infant, check the manufacturer’s recommendations for developmental readiness; your little one might need to have the core strength or be able to hold up her own head before she’s ready for a high chair or Jolly Jumper, for example. (Those benchmarks are more important than any age range listed on the packaging.)

So, the physiotherapist, says her “device-advice” for parents is all about moderation and practicality. Car seats and strollers, for example, are a must for transportation, but be sure to position your baby’s head and neck so they line up with their spine.

That positioning is also important with bouncers, vibrating seats, rockers or swings where the infant lays in a reclined position. A good alternative to those devices, says So, is a playpen or simply putting baby on the floor, if possible, which allows a baby to move around but still keeps them safe. “I encourage parents to use a blanket, or get some foam pieces if you have hardwood floors, to create a safe place on the floor,” says So. (You may need to add a baby-safe fence.)

Some floor chairs, like Sit-Me-Up or Bumbo-type seats, can put the baby in a position “where their pelvis is tipped back, which isn’t optimal for their posture,” says So. If your baby looks slouched, you could try using a small towel or pillow to improve their alignment. But babies should have good head and upper trunk control for floor seats, according to So, and, ideally, already be sitting up independently. The Up-seat, in particular, is more ergonomic for babies,  as it’s designed to correct for the slouching issue.

With equipment that places your little one in a standing position and encourages bouncing, like my best friend the Jolly Jumper, So says parents shouldn’t think of them as must-haves. “Babies don’t need to practise jumping.” Something with a more stable surface, like an Exersaucer or activity centre with less bounce, would be her preference. But again, practicality is key: if it’s a choice between a Jolly Jumper or a parent who never gets to eat or use the washroom, the JJ wins every time.

The most important takeaway for parents of infants, stresses So, is that “at this point in a baby’s development, they should be on the floor as much as possible, doing tummy time and learning to roll, crawl and pull up to stand.”

Kulik thinks most parents are doing just fine. “Every good parent is going to be mindful of the time a child spends in whatever container they’re in,” she says. 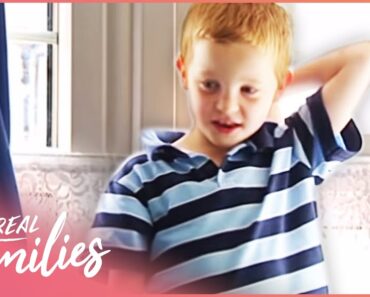 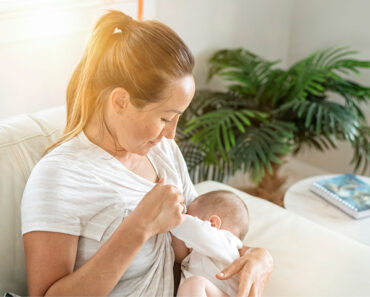 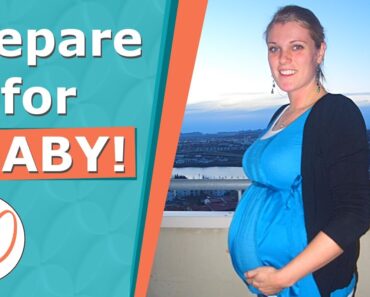